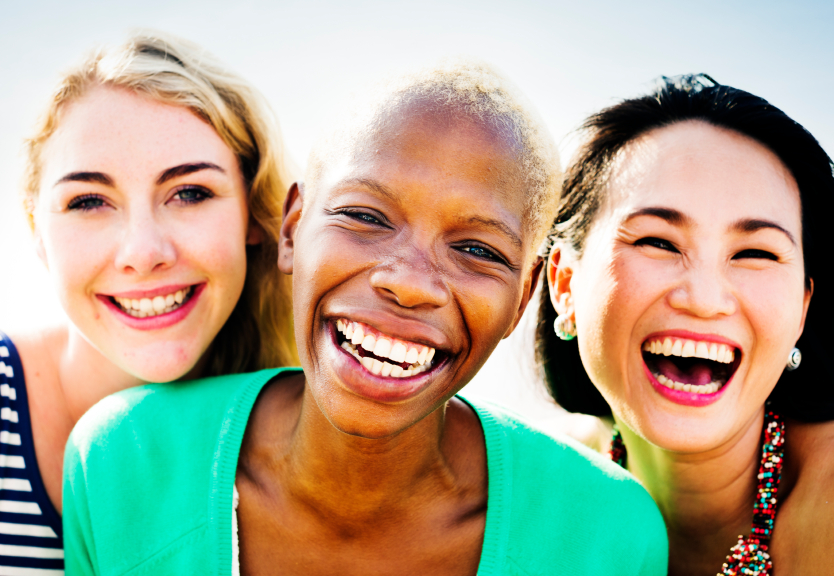 In spite of what we know about this important chapter in a woman’s life, for many, not only is it a defining moment known as ‘the change’ but it can also be a transformative time when we choose to make life changing decisions. 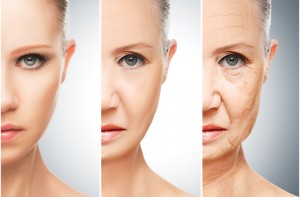 This might mean setting up a business, divorcing a spouse whom we may have shared our life with for over thirty years and for others it is the realisation that time is marching on and that we may have just seen the best of our years.

Not me. I feel fitter, healthier and more athletic than in my thirties.

Time maybe marching across my face but it certainly isn’t as far as my brain and the rest of me is concerned.

I might be menopausal but just because I’m 50 doesn’t mean I’m dead yet.

When I met with girlfriends recently one couldn’t help but remark ‘let’s face it, luvvies, we’ve seen the best of our years. 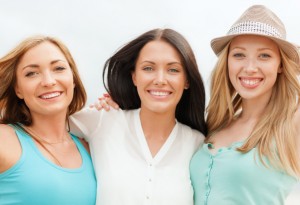 I bristled because not only did she dismiss the menopause as a defining moment for a woman but effectively consigned womanhood to the shelf??

I came away thinking is it really over for menopausal women?

By chance a PR company approached onewomansview by email to promote a new book, So that’s why I’m bonkers! A Girl’s Guide to surviving the menopause.’ by Sheila Wenbourne.

I read it, loved it and had to interview Sheila, we were two kindred spirits experiencing this ghastly woman’s change but in hugely different ways.

When I asked Sheila why she wrote a book on the menopause she said ‘because I went to my Dr. and was told it was the menopause, that I was going to have to learn to live with, goodbye G-string hello big knickers.’

That was enough for Sheila who looked at other options as well as HRT.

Whilst the book doesn’t unearth how or why women endure the menopause, it is a medical fact that all women will at some stage go through the menopause. She writes in a fun, honest and educational way describing what women have to go through but who are afraid to either acknowledge or talk about, what both Sheila and I refer to as the dreaded M word.

In fact the menopause gave her the confidence to set up her own online business selling magnetic jewellery, an alternative therapy she subsequently discovered helped her with all the symptoms associated with the menopause.

She first came across magnetic therapy when she discovered that 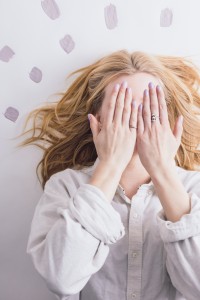 her dog was suffering from acute arthritis and was told that putting him down might be the kindest thing to do but instead she researched what alternatives were available and discovered magnetic dog collars, popped one on her dog and watched her beloved collie transform into a sprightly pup.

Believing that if it could work for her dog why not her and so she decided to find a way of selling magnetic jewellery online.

I’m currently wearing a magnet in my knickers on the recommendation of Sheila. (You can find out how magnet therapy works here)

I’ve fished it out of the toilet twice already as I forget it’s there, but I am going to persist with it because if it means coming off HRT a drug designed to stabilise our declining oestrogen then I’m all for it.

But the moral of the tale is that just because women hit the menopause doesn’t mean it is game set and match.

Coming out of the other side of the menopause, Sheila said that she is more confident than the person she was before so much so it gave her the desire and verve to set up a business.

She acknowledges that magnetic therapy isn’t for everyone and I have to admit I was a little skeptical too, but if you don’t try you don’t know?

As we spoke and shared experiences of the menopause I drew a parallel with our lives.

At 50 I discovered a desire to write and went onto study freelance courses in journalism which after successful completion led to me to the NCTJ Diploma in Journalism.

Not a course for the faint hearted and whilst I have really struggled with time, business and work I can honestly say that if it hadn’t been for the menopause I might not have taken the decision to consider a change in career.

Cameron Diaz reportedly said in her new book, “The Longevity Book: The Science of Aging”, she is not afraid of getting old it’s Hollywood she worries about.

It was refreshing to have a Hollywood A-Lister stand up for women aging and admit that she isn’t in the least bit scared.

There is a generation of female silver surfers and webpreneurs who have set up businesses in their late 50s and 60s following the menopause.

In eastern and asian societies women who start the menopause are revered and considered wise and worldly, a far cry from how western societies view menopausal women.

Sheila has confirmed many successes of women who have used magnetic therapy reporting that that they are more adventurous, confident and happier.

As for Sheila she says; ‘I’m happier in myself, I can cope with life generally much better than I ever did before, the only thing I do is wear a magnet.’

During our chat, she mentions Linda Barker and Julie Walters who both described the experience of the menopause as horrible. Julie said that she feels more liberated and has more energy than she had in her 50s following the menopause.

Instead of viewing this stage as the final act, Sheila says; ‘it’s hard going through it but once you’ve come out the other side, we’ve got 30-40 years to enjoy life, accept the fact you are older.

Fighting back at 50+ she says, ‘we’ve got so much to offer, so much to give to people, so much experience, we are in our prime.

We can feel good about ourselves, why can’t we wear lovely makeup and beautiful clothes?

Tags: aging, menopause
Why I'm glad my children are bored.
Take those bloody earphones out of your ears.

Uncategorised
806
0
Fitness & Wellbeing  Homepage  Lifestyle
2951
0
Uncategorised
288
0
How hard it is to get through January? It is slow and unwieldy. All you want to do is get through it intact. There’s...
Uncategorised
778
0
What do you need help with today?
Sign up for my friday blog post