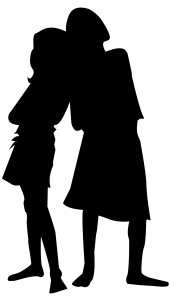 Any given Saturday you will find mums and daughters trying on and swapping the same clothes.

Mums and daughters dressing in similar styles that it is hard to work out who is copying who.

Recently when holidaying in Spain I saw a daughter and mother giggling as they tried on the same clothes. They were in the queue I was in when they purchased the clothes they had both tried on.

I was curious; do they go out and wear the same clothes at the same time? Do they swap clothes even though mum appeared to be in her mid fifties?

I looked at these women quizzically. Do mums really want to look like their daughters?

By the time women reach their 40s and 50s they are asserting their own independence, sense of dress and style and I wondered if I had a daughter would I want to look or dress like her?

I don’t have daughters, some of my friends who do think I am blessed to have two boys.

I love my fashion, shoes, handbags but isn’t there a point where you have to say okay, absolutely love it, but am I too old for that, or, if I was in my twenties maybe.

Are mothers trying to slow down the onset of middle age by dressing like their daughters or does fashion simply lend itself to any age?

It seems that modern mothers want to be their daughter’s best friend or the peer they turn to when they talk about boyfriend troubles, or what they should wear to attract that boy they really like.

Should this type of conversation be between friends rather than mum? Can mum be a confidante in the same way a best mate can? 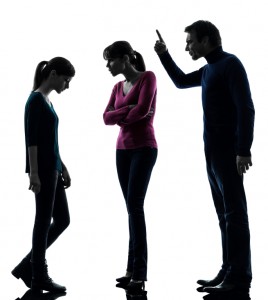 Does this now mean that mum should confide in her daughter at a time when a daughter needs her mother to be just that ‘mum’.

Does following their daughters fashion, hair-style and make-up give them the freedom to express and relive lost youth?

Has it become a worrying obsession with self-esteem or, is it a desire to stay young or is it both? Is it a vain hope to recapture lost adolescence?

As a teenager I don’t ever recall my mother wanting to emulate my dress sense and I can tell you I never wanted to dress like my mum.

But she did her best to impart to me the importance of being independent by not being a ‘follower’ but an individual even though I did my best to be a follower, like every kid I wanted to fit in. It met with a lot of resentment at the time especially when shopping in Chelsea Girl, Miss Selfridge and other favoured teen clothes stores.

I was angry at the ‘no you can’t have that, ‘that’s unsuitable’ and no you can’t wear that because you are too young’. Believe you me there were many arguments between my mum and me prior to going out about what I could and could not wear. I can honestly say that I hid clothes in the garage and darted back in again to change the top or skirt I was wearing.

The dress boundary if I can call it that has certainly helped me in the raising of my two boys and I now understand why. My mother set boundaries as to what I could and couldn’t wear because she was thinking of my safety and welfare.

Now it would seem that mothers see their daughters as role models, someone that can help them stay young looking, keep them up to date with fashion and make up. For teenagers the peer pressure to look and wear the same clothes and make up is immense and for many teens it is the fear of not fitting in or not looking the same.

How then, does a mother say ‘No’ to a short-cropped top and mini skirt worn by her thirteen-year-old daughter?

It’s a dilemma facing many mothers when they should be empowering their daughters by educating and explaining to them that sometimes no should mean no.

In reality I’m sure they cringe and say yes to keep the peace. For some mums it’s teaching their daughters’ to have a healthy respect for their body.

Demonstrating to a teenage daughter that by wearing tight fitting clothing, mini skirts or cropped tops is likely to invite trouble from the opposite sex when the response is ‘but all the girls wear these’ is difficult to navigate around.

The media have done a good job by saying that our teenagers have been sexualised and that sex sells.

I’m pretty certain that most girls choose to wear what they want to wear because they love the fashion. They see it in their favourite shops, they are bombarded with images of products that will make them more attractive and they want it.

Therefore we can hardly blame teenagers for wearing daring outfits at a young age if it is being branded as being suitable for young girls by marketers’ and retailers alike.

As mothers are we at risk of taking away the independence of daughters by indulging their wishes and letting them buy and wear what they want and then using it as justification for fulfilling their daughters’ own self-esteem and needs? What message are we giving our teens if we say yes you can wear that?

Are we powerless to change it? After all we do want our son/daughter to be with the ‘in’ crowd’ and to fit in. We remember how it felt to be different just because mum refused to buy the fashion of the day, we felt left out.

What teenage girl or boy doesn’t want to look attractive, sought after and popular and why wouldn’t any mum do everything she can to make sure she helps.

And has it really changed that much from when we were teens?

The next generation is thus being trained to value themselves in terms not of any human worth, but of their possessions. So ownership of this week’s consumer must-have is now the driving force of playground politics and the marketeers’ definition of ‘edgy cool’ is the new infant religion.

This culture of cool also affects role models and youthful aspiration. There are no old-fashioned heroes for children to worship any more, just celebrities.

The constant daily message received by children is that success is measured in ownership, money is the new currency of love.

For teenagers great emphasis is placed on the look, wearing make up, what the latest trend is with the added fear of not ‘fitting in’

Is it right that we look at our children as role models, shouldn’t it be the other way around?

Ultimately we are the adults that need to be good role models for our children, set an example so that as they grow up they will hopefully adopt our values, give them a strong foundation so they value their own skin and not feel they have to copy and be like everyone else.

We only know if we’ve been successful once they leave home and forge their own independence.

Aside of the hair and make up definitely not but why did I buy those superdry joggers and hoodie again?

What do you think? Do argue with your teenager about what they can and can’t wear?

How do you persuade them not to wear something you think is risky or unsuitable?

Tags: Fashion, Look Like Your Daughter, Mums And Daughters
The future of our children. Why do I fear for my children's future?
Christmas bah humbug it's a new year.

Featured Posts  General  Lifestyle  Living  Teenagers
1399
0
Teenagers
5755
0
Young people have an abundance of celebrities, actors, athletes’, business entrepreneur role models to look up to. Jess Ennis, David Beckham, Adele, the late...
Featured Posts ,  Teenagers
1052
0
I had second thoughts about writing this because I know from the outset anyone who reads it will presume I’m the voice of doom...
Living ,  Teenagers
907
0
Most children in the UK went back to school earlier this week and if you are a working mum there was a sense of...
What do you need help with today?
Sign up for my friday blog post