Arrive at Stansted Airport book in luggage not over weight first time ever for me.

Go through security with three cabin luggage bags and stroppy power bitch from hell says “no sir can’t do that, that one’s too heavy, you’ll have to go back and check it in!”

But we’ve just come from the RyanAir counter and they were all weighed and cleared.

Mr M (that’s my husband) decides to make a quick dash to the luggage shop to purchase yet another cabin friendly luggage bag, middle of airport proceed to split weight between four bags.

This now works and we proceed through security with stroppy power bitch spitting nails.

Flight delayed for two hours should have taken off at 06:55am now departing at 08:55.

Mr M: I’m going to get us some tea, coffee and breakfast for the kids.

Whilst we start our breakfast and sip our tea and coffee, I happen to notice on the departure board a change to our flight time.

I quickly enquire with the service desk what the status is on our flight departure.

We are going to board you now says the flight rep and then sit you on the plane for two hours just in case we get an earlier slot?

That make sense then NOT!

Quick dash back to boys throw everything together and run full pelt to boarding gate, proceed to board plane and practically throw cabin bags up the stairs along with two kids to get on to the plane such is the frantic dash.

Once seated I am now unravelling my thoughts and ponder how do I keep two boys entertained for two hours whilst we are on the ground plus the two and a half hours travelling time in the air.

The charge on nintendo and ipods will only last so long!

We finally take off half an hour a head of flight time and land in Jerez Spain. The temperature is a balmy 31° degrees.

Hertz rentacar decide to send us twice round the airport to find our hire car. Mr M who is now feeling extremely tired and weary is not impressed with lazy spanish man and I had to intervene to ensure no punches were thrown.

Finally we find the car despite a tour of Jerez airport which I now know intimately.

Arrive at our flat open fridge door and proceed to down as many cold beers as is humanly possible in less than five minutes.

After which I have my cursory glance of our modest apartment.

Don’t quite remember choosing yellow for our walls on our last night back in August but hell, I am sure the colour will grow on me.

Must have been under the influence of…

Worse is yet to come. No hot water!

You know when you reach that point when you’re tired, you’ve been travelling and you’ve had little sleep…

Right, enough is enough I’m off with the kids and I will stay in a Hotel where there is hot and cold running water.

Me: I’m a f*****g tired and hungry mother/wife, I hate Spain, I’m going back to the airport and going home. 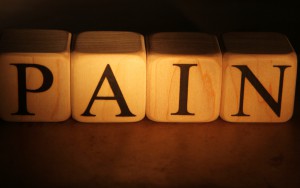 It’s now Wednesday and I’ve managed to lay claim to cystitis and haven’t even had sex yet let alone go at it like rabbits as we’ve been so knackered to do it.

It must have been yesterday’s meal and the two bottles of white that did it.

I’m stuck at home waiting for the telefonica engineer to arrive and upgrade our ADSL line and change the router.

Sent Mr M out this morning to buy, hire, steal a hot water bottle. Couldn’t find the spanish translation for “hot water bottle” so he was forced to gesticulate with various hand movements to demonstrate to the lady in the Pharmacy who thought he needed tampons?

I’m still trying to work that one out.

Finally he comes home with a hot water bottle which looks a cross between Babs from the film Chicken Run and a tea cosy.

Still it’s doing the trick and and am now counting down the time before my next dose of cystopurin thank god I bought some out with me.

Can you get drunk on cystopurin?

Have spent more time on toilet seat than on bar seat, must have been too much alcohol consumed prior to journey to Spain as I don’t do Airports, flying and travelling with children too well.

Now can’t drink for HOW LONG???

Mr M phones me: the hire car has been broken into and his portable mobile phone charger thingy (well you shouldn’t use your mobile phone in a car anyway) and my younger son’s new red hat have been stolen.

Thought you said there was no crime here. Not a happy man.

Just taken second dose on day one of cystopurin and still weeing (painfully) for England and still no wine.

Now have a new router and even faster broadband.

Tags: Cystitis
If Men are from Mars and Women are from Venus...
Is the menopause a taboo subject?