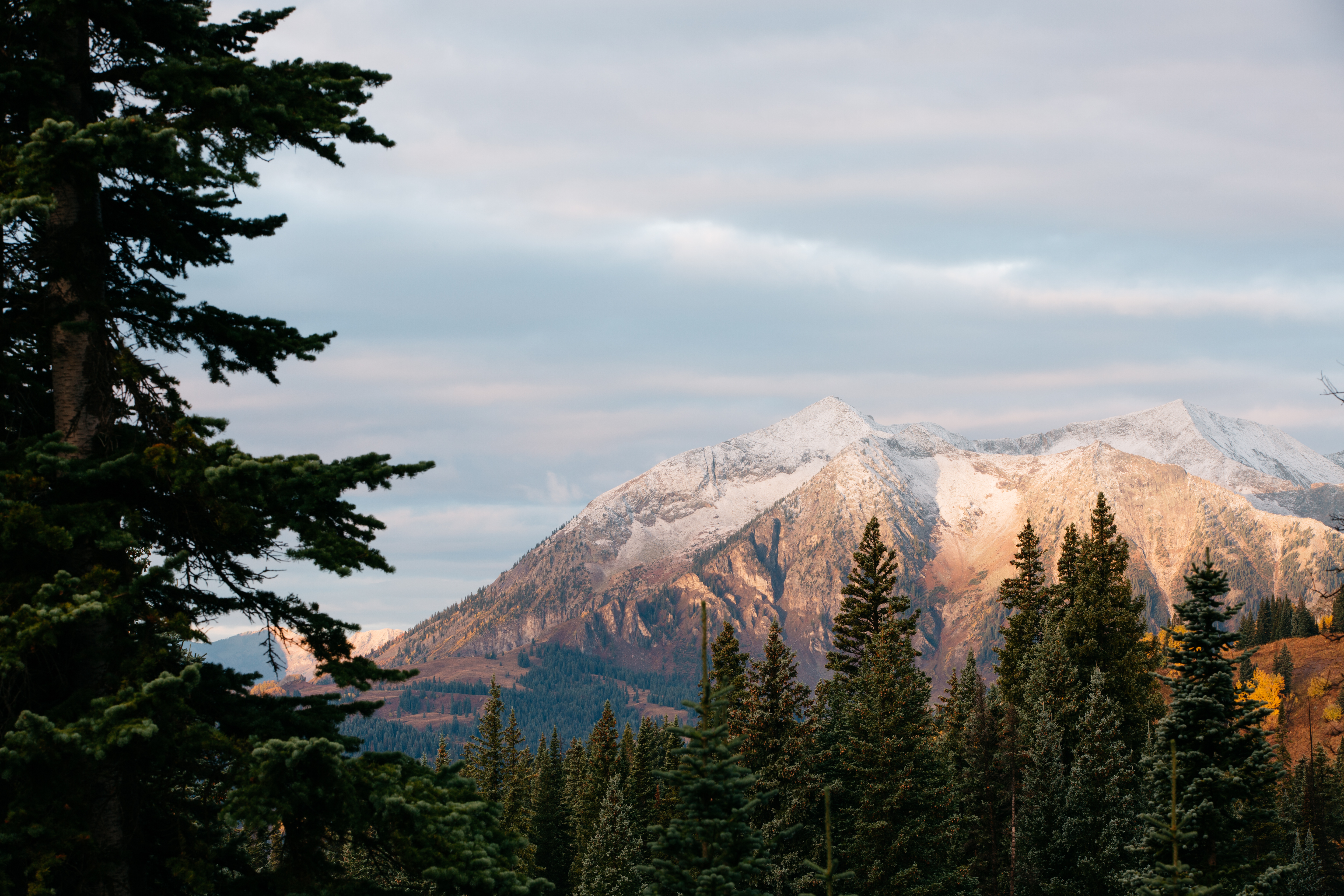 Following Brexit I was shocked that families were falling out over how they voted.

In my extended family my brother-in-law refuses to talk to his own father over the way he voted.

Brexit was a justification for the anger that we feel over a whole host of other issues. 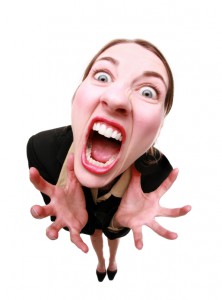 A month on and the FTSE has returned to normal the calamities that were dramatically posted across the media didn’t materialise.

I had my own view on Brexit and to those who whined and moaned about the outcome, get over it, it’s done, move on there is more to life.

If you voted for Labour last year did you start whining because the conservatives got in? No, you accepted that that was the majority and moved on.

Stop moaning and get on with living

Were you angry when England got knocked out of the Euro 2016 and angrily request that England have a replay, no, you accepted the fact that England didn’t make the cut and went home. 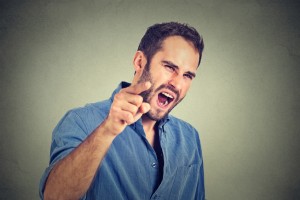 There is a lot to be angry about in our often unfair and unjust world and I admit that I too am angry.

I am not the explosive dramatic type that is likely to launch a desk in your direction I’m the one that huffs behind someone in the queue who cant decide what to order I huff and puff when I’m trying to get around on foot quickly only to be stuck behind someone who has all day.

We spend most of our family holidays in Spain, the Spanish appear to be very passive and non aggressive, the English appear to have gone the other way.

I can share two recent personal examples of anger directed at me.

On the way home from school a car pulled out in front of me forcing me to brake heavily.

The driver was a young black man in his 20’s and he felt I should have let him out of the junction even though it was my right of way.

The anger and venom of abuse that streamed out of his mouth and yes, I’m pretty good at lip reading and he did have his window open so it wasn’t difficult for us to hear.

What was he objecting too? Did he object to the fact I was a woman or, was it because I was driving a larger vehicle?

Clearly he felt he ‘owned’ the road and even my children commented ‘what’s his problem?’

Why waste time and energy getting angry over stuff you can’t always control?

Two days later and this time it was a white woman who felt compelled to unleash the same venom on me whilst I accidentally bumped into her walking down the high street, sorry I said genuinely, it was an accident, as I was exposed to her tirade of abuse.

Contrast this to the Alrumbo music festival in Cadiz, Spain where my husband, two boys and I spent most of the early hours of Friday morning and Saturday evening dancing to Martin Garrix and The Prodigy.

There was no aggression or fighting even though alcohol and drugs filled the air.

The Prodigy concert which was completely mental and brilliant all at the same time resulted in us being squashed and pushed around, I got so annoyed at one point with the Spanish moving to the front and then deciding to go in different directions, that I literally had to push people out of my way.

Was I met with hostility? The complete opposite, in fact only apologies were offered for stepping on my feet and they quickly moved out of the way.

When they saw my youngest boy dancing with me they gave me the thumbs up telling me it was fantastic that we were together as a family, no anger or aggression just laughter and fun.

If that had been England I probably would have been punched for being assertive enough to stand my own ground.

Being angry is causing increased anxiety and high blood pressure with reportedly high levels of stress, palpitations, reducing the effectiveness of our immune systems.

I recognise the signs of stress myself – eczema, insomnia, palpitations, irritability, irrationality all of which in the long term can lead to serious illnesses including cancer and I don’t need a medical degree to know that stress can kill. 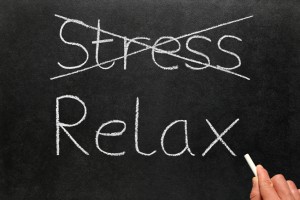 Since the 2008 financial crash and recession we have had a lot to worry about, reduced income for many of us and yet the cost of living keeps on going up so there is a lot to be angry and worried about.

We are angry over ‘everything’, the incumbent government, who doesn’t blame them for all that is bad in life, austerity measures, women who can afford Louis Vuitton handbags those who can’t.

People who drive luxury cars, cyclists who think they own the roads, motorists who think cyclists are moving targets and should be run down for good.

People who go five rounds of verbal abuse because you inadvertently jumped a queue in Costa to someone who beat you into the car parking space that you had spotted first.

Miserable retail assistants who couldn’t even tell you what they sell in their store.

People who start bonfires on Sunday afternoon’s whilst the family are trying to have a BBQ, the national debt, no pay increases, low interest rates. 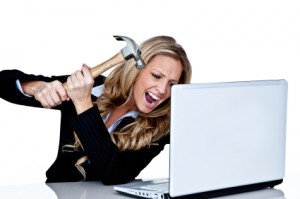 You only  have to read the comments on blogs, on news sites, social media and the vitriolic words written with such hatred because they know they can get away with it and we live in a democracy.

Whilst I don’t believe we can change the status quo, by accepting it and moving on leads for a less stressful and a more favourable outlook on everyday life.

My attempt to banish negative thoughts is slowly taking effect.

Negative thoughts creep into my head on a frequent basis, I’m the proverbial glass is half empty but I am also a realist and pragmatist.

It is like touretts, it doesn’t come out of my mouth but it does reverberate in my head.

I find myself walking down the street looking at things, objects and people and my brain making comments like I wouldn’t wear those shoes with that outfit or why does he want to look like that, to what’s with the hair!

The woman with the huge nose in the school car park who never smiles, the daily frustrations with business, my children not doing as they are told, my husband who seems to have developed a hearing impediment whenever I ask him to do something. 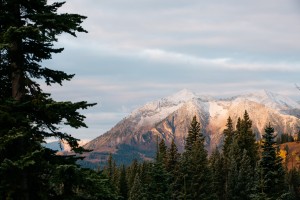 Since I’ve banished negative and angry thoughts from my head I feel better in myself, as soon as I experience a negative thought I vanquish it immediately, like a vampire slayer and focus only on positive nice things.

Whenever you feel anger enveloping you breathe in deeply for 7 seconds and exhale for 11 seconds, it is difficult to change a lifetime’s habit but definitely worth trying.

Anger is bourn out of an emotional reaction to something or someone you don’t agree with not because someone decides to use a zebra crossing to cross the road.

Wikipeida describes anger as a completely normal, usually healthy, human emotion. But when it gets out of control and turns destructive, it can lead to problems—problems at work, in your personal relationships, and in the overall quality of your life.

We have zero tolerance to anger in the workplace, airports, planes, pubs, hospitals almost every public service area exhibits a notice that says verbal and physical abuse will not be tolerated by staff.

My 17 year old’s response to why are we a nation of angry people is “because it’s a crap country, the weather is always miserable and the average person works very hard for very little.”

Prophetic words from someone who has yet to live and experience the real world.

We are a nation of givers and carers, there is no spite or 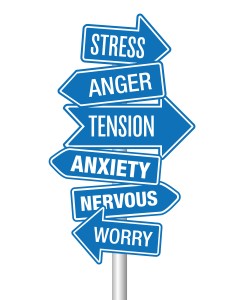 hatred when Children In Need or Sports Relief takes to our screens, every year we give vast amounts of money to help children, if we didn’t care we wouldn’t give.

Those carers who give up so much time to care for people with little or no recognition, which should really be the sole responsibility of the state, but like good citizens step up because they care.

Are we really an angry nation of people ready to explode?

Have our tolerance levels finally been pushed to breaking point?

Is the tide turning, are we are no longer wanting or agreeing to accept the status quo as it is?

Sandi Mann, a psychologist at the University of Central Lancashire in Manage Your Anger: Teach Yourself suggests that as a nation we are getting angrier.

“Our expectations have risen steadily and so have our stress levels. We have higher expectations of our world; we believe we have the right to expect things to go well or to be perfect.

We have become more demanding as a nation, we are also living a more frenetic and frantic pace of life, which means our stress levels are raised. This raised stress means that our tolerance for things going wrong is dramatically reduced.”

Sometimes it is the smallest things that can send us off the deep end.

I have discovered a new app called Headspace a meditative app that helps you relax, unwind and be more reflective there is also a headspace for kids to help them relax and be mindful.

I’m on the first step and am determined to do this during the day or prior to bedtime to see if by listening to an app on my phone helps to make me less worried, anxious and less angry and able to manage situations better rather than losing it at the first opportunity then I am all for trying something new, how about you?

Tags: anger, Anxiety
How often do you call your parents?
Living life in the slow lane