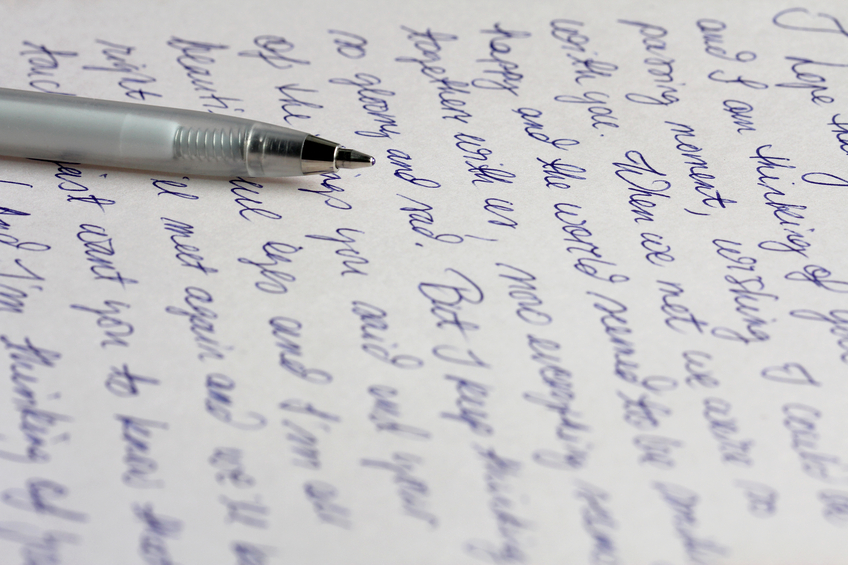 The last few weeks have been challenging and frustrating to say the least, anxiety ridden and almost always caused by family issues and whilst I was thinking about all that had come to pass it gave me the idea for this blog post.

I am at odds with my parents and it feels like it has been this way for as long as I can remember. Since leaving home over 30 years ago it seems that distance has sought to worsen an already deteriorating relationship.

Having children appeared to regain some of the lost love and kindness but even that has been short lived.

I am speaking german and they in swahili, neither party appears to understand what the other is really saying and I have to ask does the fact that we live so far way affect the relationship?

Living a long way from your parents makes the familiar drop in for a cup of tea and chat non existent, a phone call doesn’t provide the same physical connection you get when you talk to someone face to face.

In the same way an email can be misconstrued so can a telephone call. Yet when in the company of my parents we are unable to communicate in a meaningful and loving way.

Miscommunication is usually over something so trivial but the fallout is often followed by pain and distress.

How often should you have contact with your parents?

One of the most perplexing dilemmas of the modern day parent is how often should you call, visit or even write to your parents?

If you are fortunate enough to live nearby then you find yourself in the enviable position of never having to face this conundrum unless you are alienated from them due to a specific set of circumstances or, because you choose not to have any contact.

Much press attention has been given to this prickly subject with modern parents citing they are simply too busy to either visit or call their parents.

The silver haired generation might find this at odds with the accessibility afforded by modern technology.

It is easier than ever to connect anytime and from anywhere in the world but this doesn’t mean our parents share the same interest in using technology in the same way we use it.

There is a genuine perception that the digital age conveniently expects adult children should regularly contact parents.

The fact that the parent knows that the child is easily contactable only serves to create the expectation of regular and prompt communication.

It is an irony that the revolution in communications has only served to stress an already overworked overstretched working generation who quite simply find it difficult to squeeze in quality time with their children let alone find five minutes to pick up the phone to speak with parents. 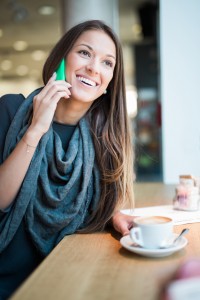 My parents live in the midlands and my ideal time to call them is on the school run between 7:30am and 8:00am.

This provides the perfect opportunity for me and my children to have a quick catch up.

But this is fraught with anxiety because my parents aren’t early risers and usually aren’t up much before 9am.

By the time the school day is over and the after school activities finished with, home time is anytime between 6:00pm and 7:00pm.

Evenings are taken up with the usual duties delegated to most working mothers, preparing the evening meal, household chores, preparing for the next day and catching up on any last minute work tasks before it starts all over again.

If, like me you are always on the go the prospect of trying to find time to make that call could mean that it is well after 9pm, and by then I want to be tucked up in bed reading the daily news or watching television.

When is the ideal time to give your parents a call?

Retirees quickly forget how busy the working day is especially where teenagers are concerned.

I try to call my parents every friday morning but I have to admit keeping to this schedule isn’t easy.

By the end of the week I am usually tired and cranky and the thought of making a call to parents with joie de vivre whilst making the conversation engaging and cheerful is challenging to say the least especially when all I want to do is lie down and make it through to the first Gin and Tonic at approximately 6:30pm.

But it cuts both ways they are just as busy and if I do call and I catch them in, my mother might be on the way out to her pilates class whilst my father is off to play bowls.

Sometimes it feels that it is always me picking up the phone and I have at times deliberately not called just to see if they will make the effort to call me. 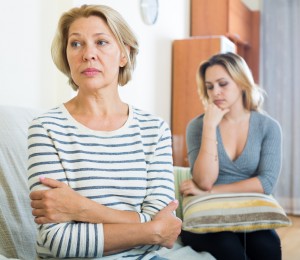 The longest I have gone without speaking to my parents is two weeks at which point I get the obligatory reminder text from my mother “are you alright?”

Why not pick up the phone if you want to talk?

Do we have to wage a silent competition over how many times who has called whom and when?

As a teenager, I recollect my father calling my grand-father every sunday evening always 7pm on the dot.

I would hear my father lamenting after the call, grumbling that his dad was forgetful and annoyed that he had made the effort to call him in spite of the fact it was by way of mutual agreement.

University life seemed so much easier, sunday nights were invariably the call home to parents night, with a 50p in my pocket and only 3 booths in an accommodation block of girls only it wasn’t uncommon to be waiting upwards of an hour to make that proprietary call home.

The duration of the call was dictated by the number of minutes a 50p piece provided and back in the 80’s that was a lot of talk time.

That would be it for another week, no pressure, just a quick catch up with handwritten letters thrown in when the time allowed.

In spite of hand written assignments, there were no laptops or PC’s back then and most nights spent out in the student bar or at local hot spots there was time to write home to parents.

What has happened to the art of writing letters?

Those of you reading this will snigger at the prospect of physically making the time to sit down and write about what has been going on in your life, after all, when do any of us have the time to breath?

Who has the time to write a letter or a note?

The art of letter writing appears to have been relegated to the past.

When was the last time you wrote a postcard from your holiday destination?

Texting and whatsapping is for the generation of now it is quick easy and efficient and describes that moment as you see it in the here and now. 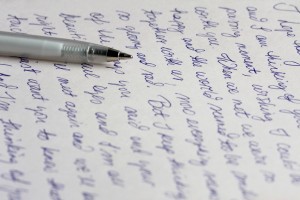 How many times did you send postcards to family and friends when you were on holiday only to arrive back home before the postcards were delivered?

And on one occasion I remember six months later?

My mother has kept the letters I wrote during my college days and the subsequent years when I left home.

Nostalgia, maybe, it was a time when our relationship was close without the pressure of age, family and distance thrown in.

I wrote beautiful letters, my mother remarked recently maybe that’s where my love for writing developed from many years later?

Why should hand writing be saved for the once a year obligatory christmas cards with a few hastily written words for friends and family who live far away and who the customary christmas card is a prerequisite to show that we are thinking of them at this most special time of the year.

Words speak volumes and a letter can say more in its use of words and imagination than a phone call ever can.

How many times have my parents called me and caught me at the wrong time? A recent  sunday morning and my mobile phone rings at 9:30am I had just fallen back to sleep again after a poor night.

Not my father’s fault he couldn’t have known but my tone of voice and sharp response was unkind and unwarranted.

Writing a letter enables you to sit down and make time, be creative and think about what you want to write and share.

A letter can be short and sweet or long and deliberate, it can be creative include photos, a poem, a cutting from a magazine but that letter can be saved and read again and again, a phone call will be forgotten a few days later or at worse leave you feeling bewildered or hurt.

A picture is worth a thousand words, in the same way a letter can evoke pictures for the person reading it, you can express feelings and sentiments more easily with words.

Words give you permission to open up and show your emotion whether it is about a situation that has happened to you, describing the moment when your child said their first words or your son or daughter being recognised by the school for their valuable contribution.

It requires time and creativity, thoughtfulness and imagination.

Who remembers having pen pals?

I had three that I wrote to who lived in countries so far away that my imagination created exotic faraway places, what was their home and country like, where did they go to school, what did they study and where did they go for their holidays?

Waiting for the next letter to arrive was exciting.

Sweet and full of innocence as we embarked on this written journey of words.

When you read a great book it invites you into the plot, the story grips you, the plot twisting and turning and your imagination running a mock trying to work out the ending.

If the plot is brilliant the book envelops you, you become one of the characters, absorbed by its twists and turns.

A handwritten letter, a hurriedly scribbled note expressing thanks and I’m thinking of you, will sit on your window sill or mantelpiece as a reminder, a phone call can’t be seen nor can it be heard by anyone else other than by the recipient.

It can’t be shared in the same way a letter can.

Words can express the emotions of the letter writer, what they are thinking, what they saw and how they felt.

They cannot be misinterpreted unless written with innuendo and maliciousness and are read with joy and wonder by the recipient.

A letter shows that the sender has thought about the recipient, made time to write to them by sharing the bits and pieces of their lives.

With the pressure of everyday working life, taking a few chosen moments to write a letter to family, friends or a lost love can be calming in our instant always on digital world.

I am going to write a handwritten letter to my parents hopefully this will move my parents to see things differently without passing judgement and being misunderstood.

The next time you find yourself with a few moments to spare write that little note and tell someone how much you love them or what you have been doing, make someone happy.

Drop me a line and let me know how you get on?

Tags: Letter writing, Work-life Balance. Parents
What next for the future of the UK and the EU Referendum?
Why are we so angry?