Many parents are concerned about social media and teenagers, how to manage what their teens are doing when they are on social media.

It’s hard enough being a parent in 2015 and then factor in the allure of social media and the need for always being connected and no wonder we fret over the safety of our children.

I have friends who have absolutely no interest in social media whatsoever and others who spend a large part of their day posting updates whether it is for personal or business use. 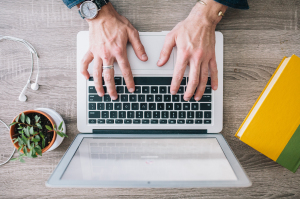 I am also a parent that worries about the impact of technology on our children and what the long term effects are.

With all this pressure of wanting to do the right thing and living in a constant state of fear for our childrens safety, it would be easier to turn your back, pretend that social media is no big deal and assume that our children are safe.

The fact of the matter is, social media is a big black gaping hole and if you are not careful it’s very easy to fall into it without understanding the good and the bad.

As a parent of two I do remind my boys about the implications of posting an emotional outburst on Facebook; for every action there is a consequence, I have tried to drill this into them as part of their upbringing. 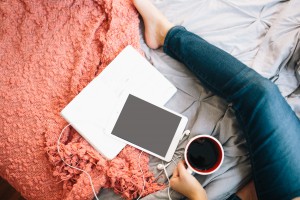 internet about teenagers falling foul, befriended by undesirables or suspended from school because of some ‘harmless’ messaging between two pupils over a teacher they disliked.

Whilst I can point out the pitfalls of social media I can’t always protect them so I try to share my knowledge and show them how I use social media in the hope that they do understand and use it carefully and wisely.

This is not a ‘how to post’ but rather an insight into how I’ve worked with my boys who are 15 and 11 years and what I’ve tried to do to ensure their safety on the internet and social media. 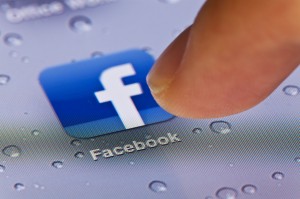 When I found out that my eldest son had set up his facebook account at the tender age of 12 to say I was unimpressed would be way off the mark.

His response was ‘I will be thirteen in five months.’

But that’s not the point.

Facebook’s algorithms enable them to display adverts and messages suitable for the age of the user so in my case, adverts that are relevant to me according to gender, likes, age and background will pop up as adverts.

This information is obtained once you’ve consented to setting up your account.  From that information facebook know your age, background, your likes and this in turn creates a profile of you which can then be used by facebook to display advertisements.

After I had discovered why my son had gone ahead and violated the terms of facebook’s age of consent, I asked him why he did it?

Apologetically he explained that his friends had accounts and he didn’t want to miss out.

It was also FOMO the fear of missing out and I’ve talked about that here.

The downside of him being on facebook at that age was that he wasn’t emotionally mature to deal with often harmless but pointed comments, there were times when he was upset because someone had poked fun at him or had uninvited him to a party – the usual stuff that besets hormonally charged teenagers.

After a six month period where I had to enforce a time restriction, the allure factor waned and he spent less time and reserved his updates and online time for the weekend.

That was three years ago and now he uses it fairly infrequently. At the time he succumbed to massive peer pressure and felt the need to be part of the crowd.

Having the knowledge made me less fearful than if I had no idea of how it all works. When I chat about what I’ve been doing on social media, or posts I find interesting I share them with my boys.

My feeling is that knowledge is power so if I can share as much with them they will reciprocate. I also want them to feel that they can come to me if they get into trouble unwittingly through a rogue comment or being tagged.

Teenagers are fearful if they are caught doing something wrong and the natural thing is not to tell parents because they feel shame, they worry about having their phones or tablets confiscated so it’s easier to keep quiet.

We are all busy parents and if you know they are safe indoors interacting with friends online it’s the easy option to leave them without really understanding what they might be doing. 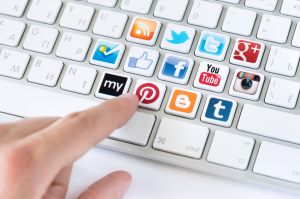 New technologies have always created fears because we don’t understand what the benefits are and it is easier to deride social media as something bad and not look for the positives.

But like any kind of parenting, moderation is a good example for children, if they see you staring at the phone or tablet then they are brought up thinking this is the norm. If they never see you reading a newspaper or a book how can they be expected or encouraged to do the same?

I have put together my list of handy tips that I think have helped with my children when it comes to social media:-

There is more that can be added to the list and I also know that you can do all or some of the above and they will still act hastily but at least by talking with them and understanding what they are doing it alleviates some of the worry of what they could be doing whilst you’re downstairs having that coffee or glass of wine.