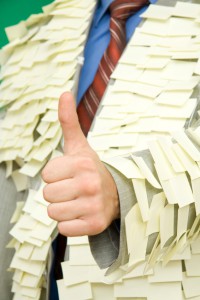 This morning I received my new digital moleskin book.

I’m a massive fan of moleskin because I love to sketch, draw (try hard) and make notes.

The beauty of my new notebook is that I can take a picture of the sketch or drawing and then upload it into evernote which is one of favourite apps.

But that is not why I’m ranting.

The box it came in really just vexed me beyond belief.

It was covered in tape with a seal warranty or even a warranty seal depending on which way up you were looking at it and I couldn’t get into it not for the love of trying.

I stabbed it, stomped on it, I even tried to rip the box apart.  I used a pen-knife, I asked a colleague who swore and lobbed it back at me and then finally using a long pair of scissors to slice through the almost impenetrable tape I was able to view my recent purchase.

It took blood sweat and tears to get through that lot, I’m not kidding.

I appreciate that it had travelled a long distance, Italy to the UK to be exact and therefore needed to be packaged accordingly but is it just me or is everything so overly packaged that it makes it almost impossible, make that impenetrable to break into.

Therefore the joy of receiving something new goes out the window.

Take for example some recent purchases that I ordered. The plastic packaging was so hard core durable it probably could have withstood being thrown off a building and still remain intact. I gave up in the end and left it for my beloved to have a go.

Even he sweated trying to get through the packaging!

My mother gave me a great plastic gadget a little like a can opener to prise open cans but when I want a coke do I really want to have this gizmo in my handbag? I think not.

As for plastic packaging, retailers insist it is to keep products fresh consumers including me want to be able to open the damn product preferably before we are dead and not have to drop it from the house roof to open it.

Yesterday I was trying to open a bag of flour, it wasn’t paper it was plastic which in principle seemed a great replacement for the old paper version which invariably leaked out plumes of dust in your cupboard.

Guess what, following the instructions proved to be a complete waste of time not only did it test my intellectual ability or lack of it because I resorted to stabbing the package with a pair of scissors to it.

Clothing is another irritant of mine why do retailers insist on putting the plastic t-thingys with the label in obscure places like right inside a seam so when you cut it the plastic T thingy disappears inside the garment or worst still on the inside of the collar label so you physically have to try and turn the garment upside down and the label inside out which won’t turn inside out as its folded over in two and stitched into the collar making it impossible to remove.

Certain retailers insist on using multiple T-plastic thingys because they’ve decided to discount the product on two further occasions and now you end up with three of these T-plastic thingys to contend with and by the time I’ve gotten to my fourth article of kids clothing I’ve been at it for almost half an hour, a waste of my time.

Of course when you cut these T-thingys off the T bit invariably gets lost on the floor only to be discovered in your socks or knicker draw months later causing a conundrum as you wonder how in gods name it got there in the first place.

I literally bounce off the walls with frustration is it just me that feels this way about packaging and sticky labels?

Those beautifully presented tomatoes in packages or the perfectly oval aubergines. Guess what we don’t care what they look like we want great tasting produce that actually tastes like a tomato and not something so nondescript that if I was blindfolded I could describe it in two words ‘wet and slimy’ which pretty much covers it.

Packaging is the demise of our fair nation and the world, we are piling it up and re-piling and then we are told by government and local councils we must do more to recycle.

Why don’t they tell the retailers to stop overloading us with packaging that would be a great start.

Consumers should be able to remove the packaging on the premises of the retailer from which they have bought the product from assuming they like it and they are happy with it leaving the retailer to dispense with the packaging.

There should be a disclaimer on all products that says if it causes harm in any way, the consumer is entitled to a discount. After all how many times have you opened some packaging and cut yourself? I have!

Stickers everywhere on CD’s, boxes, packaging, pencils, inside the label of your underwear, the tiny labels saying they’ve been quality tested.

HOW? By wearing them ten times before packaging them?

Months later you find a quality label inside your knickers and you thought you had removed all of them, worse still it’s stuck in an unmentionable place.

What about the labels on the skin of fruit?

Then there is the industrial strength super-glue type label applied to your product that even if you manage to remove it, it still leaves a lovely sticky adhesive residue which then attracts dust and sticks to pretty much anything else. Try selecting that CD from your collection only to pull the CD rack off the wall such is the strength of the glue.

And what about the labels that hide the cost of things especially on books? That really annoys me.

The worst sin has to be the sticker that looks like a sticker but isn’t at all. It has been integrated as part of the design of the product or book cover so you think it looks like a label and you try to remove it only to find the buy one get one free is here to stay for eternity.

Tags: packaging, sticky labels
Back to sckool. How to survive the next school year.
Exhausted, zoned out. Where did september go?

Featured Posts
406
0
It is Friday morning, and I draw breath reflecting on what has been a challenging month. We are a few days into June, and...
Featured Posts
848
0
Featured Posts
542
0
Featured Posts
8985
0
Ever get the feeling you’ve been trapped in some other time zone? You know what I mean the one where you think whoa I...
What do you need help with today?
Sign up for my friday blog post